I had to share this…
When I see Barack Obama speak it makes me a warm all over, of course anyone who knows me know the things that turn me on most are confidence and intelligence.

If only I had one of these while I watched the inauguration! 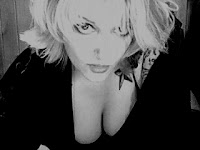 I went to this arts festival thing they do downtown once a month. It’s on a weekend night and all the galleries and shops open their doors and serve wine and that sort of thing. Two friends of mine were involved with this art and music event sponsored by an arts organization. The hosting organization had rented this cool space, an old dilapidated building, three old crumbly brick walls stood and encompassed a courtyard like area, the old black and white tile floor was visible here and there between clumps of grass that had grown over it. The group had brought in a bunch of local painters who were set up on the side walls painting pieces that were going to be auctioned at the end of the evening. My friend’s band was playing in the back of the space. It was a warm, clear night. There was so much energy up and down the street, a relaxed, weekend vibe.
So where am I going with all this… passion. I was so happy to be there that night. I was with a group of friends and some were single, some couples, one family with their cute little girls. I ran into some old friends I hadn’t seen in years. I met some cool new people. There was a big keg of free beer and it was a delicious micro-brew to boot! I stood there and listened to my very talented guitar playing friend rock out with his band and I started watching the crowd. I scanned, black leather jackets, pink hair, smiling children, a leashed dog, and old guy with a cane. My eye caught a bright splash of color as an art was working against the side wall. It was a huge painting full of the jewel tones that always catch my eye. I moved closer, my friend Chloe next to me but was watching the band still. The artist was crouched kneeling but her feet were underneath her. She was working on a bottom bit of her painting, leaning forward slightly; her body language one of concentration, the tip of her paintbrush against her lip, her hand frozen in midair. And unbeknownst to me, a little moan slipped from my lips. See this artist was about twenty two maybe and she had short brown hair, cut to be functional, not trendy. Her face was excluding from my view but even without seeing her face I felt like I already knew it. Her tee shirt was tight and had cap sleeves that showed off her arms that were defined from hours of holding them up in front of herself as she painted. And her well worn paint smeared jeans long and lean and hung low. The little thing that gave me the motivation for the moan was that there was this strip of skin over her hip, the side of her belly that wasn’t covered by either her tee-shirt or her jeans. While she painted, lengthening and stretching her little bit of skin moved. It contracted, twisted, tightened, softened, tensed, slid, curved, pooched, elongated, it even seemed to change color. Every bit of her passion for her art was manifested in that little strip of skin. And watching that strip of skin move and change like that made me moan, and ache. That girl never looked away from her painting, so I never saw her face. But I wanted her passion so badly at that moment. I still think about her and it has been months.